The Gravitational Pull of Authenticity in Branded Images

At this point, few would dispute the importance of visual content to brands. We also know that it’s not a matter of simply having images; your visuals need to contribute to perceptions of your brand in a cohesive, productive way. If a distinct brand is regularly delivering relevant messages that I trust, I’m more likely to remember that brand favorably when I’m about to make a purchase.

It’s easy to see how visuals contribute to distinctiveness; logos, colors, and fonts all build to form a visually recognizable brand. And certainly there are images that are relevant to me, like those that depict products I would buy, social causes I believe in, or relatable experiences.

But how can a brand-created image build “trust,” or be trustworthy in way that constructs memories? Another way of asking that: how can brand-created visuals feel authentic?

An answer to attaining authenticity lies in user-generated content (UGC)—not just sourcing and distributing content from fans, but emulating the way consumers create visual content. This is already happening to some extent.

I’ll start by briefly explaining why authenticity is important. Then I’ll explore how the volume and perceived authenticity of UGC is persuading brands to either source UGC for its visuals or create owned-media that has an authentic-feeling, UGC flavor. That is, that there’s a type of “gravitational pull” toward users’ visuals and their modes of visual production.

The Attraction of Authenticity

Pretty much every marketer will tell you authenticity is important. In many ways, brand management is relationship management—and you can’t build or strengthen relationships if people think you’re fake. Inauthentic-seeming visuals in particular have come under fire as of late; hating on the extent to which photo editor tools are used to airbrush a model’s flaws, for instance, has gone mainstream. We’ve even seen marketing campaigns that tap into this pushback against “fake.”

If you need proof of how important authenticity is, take a look at how often authenticity coincides with value. Thirteen of the 20 brands ranked highest in authenticity by Cohne & Wolfe are also on Millward Brown Brandz list of the world’s 100 most valuable brands.

One way to be authentic as a brand is to behave the same way people behave. This is most clearly seen in the realm of social marketing; companies participate in hashtag conversations, speak the way their customers speak, and frequent the same channels as their audiences. 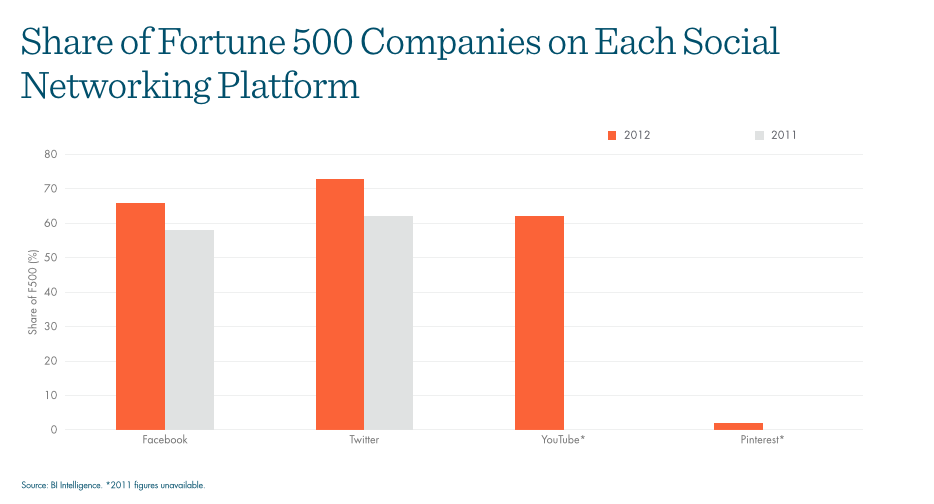 Not only are brands competing for the attention of customers—customers are dictating what brands do. This is true even if brands also have the power to steer conversations and trends (through creating hashtags, for example).

This tension applies to image curation and creation, too—and it’s critical to the gravitational pull of user generated content. Customers are at the center of a brand’s universe, and they exert control over their messaging, just as brands can influence users’ conversations.

After all, the moon pulls the earth toward it, too.

Understanding the “pull” of UGC means understanding how much of it there is, as well as how it contributes to perceived authenticity.

If there’s a center of mass for visual UGC, it’s shifting closer and closer to Instagram and Snapchat. These visual platforms surged quickly in prominence about three years ago, according to Mary Meeker’s 2014 Internet Trends report (see page 38 below).

Instagram has had faster growth rates than Facebook, Twitter, LinkedIn, and Pinterest between 2012 and 2014 and has also become the most important and most used social network for US teens, according to the Pew Research Center. Snapchat has 100 million daily average users, according to Mary Meeker, and is also among the youngest: 45% of Snapchat’s adult users are between 18 and 24, more than any other, reports Comscore.

But UGC is all over the web, and there’s evidence that it’s more viewed and more trustworthy than brand-produced media.

On Youtube, UGC fan videos are viewed 10 times more than owned brand content, according to Octoly. Moreover, user-generated video makes up 30% of millennials’ time spent with media, Crowdtap found—more than any other single category.

This could be in large part because of the amount of UGC content out there. There’s about 135 times more UGC videos about brands than official brand-owned videos on YouTube, Octoly reports.

But despite the seeming glut of UGC, it’s also 50% more trusted than other media sources and 35% more memorable, according to Crowdtap. So not only does it get views—it’s perceived as authentic.

The Gravitational Pull in Action

The amount of UGC content, the proportion of time people spend viewing it, and the trust it builds with viewers all drive the “gravitational pull” of UGC.

There are still some mixed feelings on actually using UGC, though. Three-quarters of marketers feel there’s some value in externally sourced content—but just a little over one-third said they solicit and showcase UGC, our last State of the Marketing Workflows and Measurement survey found. 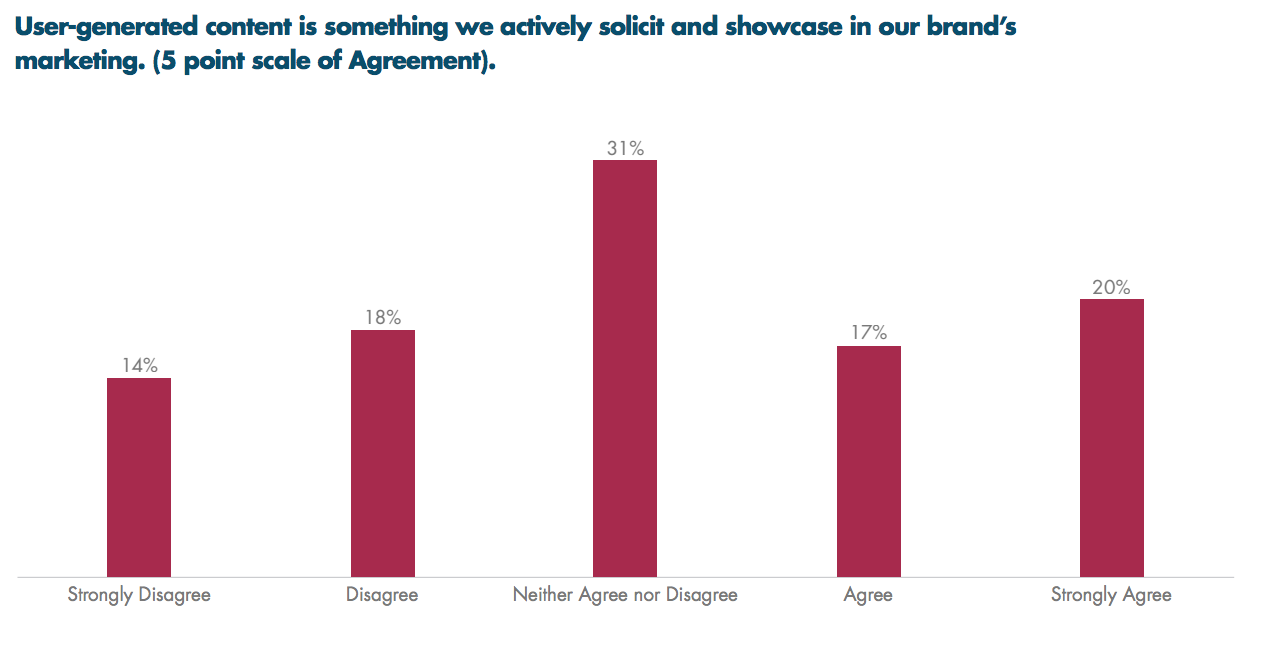 Part of the difficulty in showcasing UGC is that you need permission to avoid legal risks, and requesting it can be difficult. If that’s the problem, look for a solution that automates the request process and makes it painless.

But even if brands aren’t taking to showcasing UGC en masse, that doesn’t mean this surge in visual content from consumers hasn’t had an effect.

Our Marketplace partner Getty Images has had its fingers on the pulse of two visual trends that speak to how consumers have exerted control over the visual content brands produce.

Getty describes the glitch aesthetic as being defined by errors—over-saturated colors, over-exposure, lens flares, pixelation, and the like—that were either intentionally made or added in image post-production. These are images that would have been rejected by art directors a decade ago—but today, brands have felt free to run wild with these imperfect images. Coca-cola (which also recently launched a popular UGC-oriented campaign) provides this example: 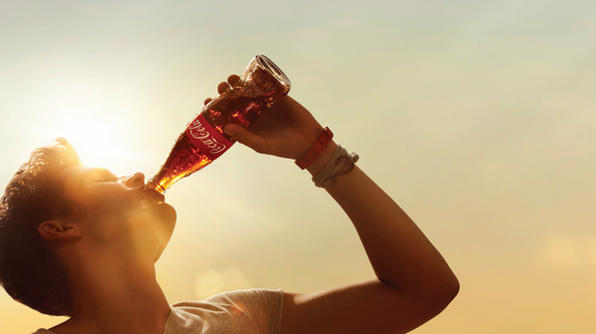 Getty even characterizes this aesthetic as a way to bring “authenticity” to your brand, asserting that errors help you stand out in an environment filled with picture-perfect content. “In our increasingly curated world, there’s a pull toward an aesthetic that feels messy and unexpected,” it says.

This visual trend is exactly what it sounds like: the first-person experience. Photos and videos taken from the perspective of a specific person, shaky-cam, overhead shots. The result is a sense identification with the photographer. Take for example the bulk of this award-winning ad from Levi’s depicting the waste of plastic through the lens of hand-held cameras:

Both of these trends are very individual centric. ”Here’s how I would take the photo. Here’s what my life is like.” By taking after these trends, brands aim for realism and immersion.

The deep dark convergence of both these trends: selfies. Ninety-three million are taken a day, Google said at its 2014 I/O Conference. There are almost 300 million posts hashtagged #selfie on Instagram—which, of course, gives users the tools to intentionally overexpose their photos.

The popularity of selfies is not lost on brands. GoPro’s YouTube channel is filled with user-generated content of fans showing how extreme sports looks like through their eyes. Pizza Hut mocks the trend while relying on selfie shots in a recent ad.

And we probably don’t need to mention Samsung’s selfie ad from the 2014 Oscars Awards, other than to point out that it’s inspired other brands.

Producing images in this vein means having an easy way to partner with content fulfillment agencies that have these types of images on hand, or who can create them for you. Or, if you’re trying to lead the direction of branded, UGC-inspired content, make sure your brief makes that clear. And in either case, ensure that you have an efficient path from the sourcing to the distribution of images.

Above all else, when trying to achieve authenticity, know how your audience behaves and communicates. Brands aren’t human—but they can still create resonant, memorable messages that build trust by understanding their customers.